Why Almost Famous is the greatest movie ever made

Seeing everyone’s Penny Lane costumes this Halloween and the fact that Almost Famous showed up in the “newly added” section of French Netflix has brought back my realization that it is the best movie in the world. It isn’t because of the ginormous amount of extremely memorable quotes. It isn’t because of the nostalgic and heartwarming scene where all the characters sing along with Elton John’s “Tiny Dancer,” and by the power of music, magically forget that they were all previously angry with each other. It wasn’t the perfect use of Simon and Garfunkel’s “America” to explain why Zooey Deschanel’s character Anita decides to leave home to become a stewardess. And it also isn’t because it’s Jess Mariano’s favorite movie as mentioned in Gilmore Girls season three episode eighteen, either. 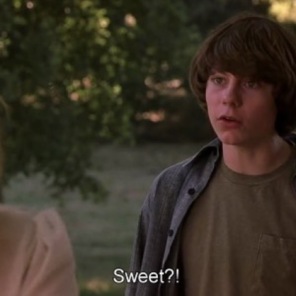 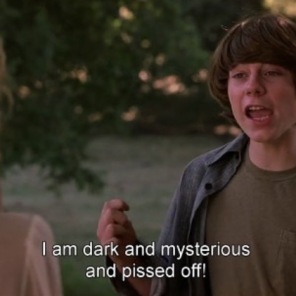 I go by Penny Lane on twitter, which probably creeps some bands out when I tweet at them. I understand this. I’ve weighed the consequences, and I don’t care. Even my friends who have never seen Almost Famous in their life (or have probably never heard the famous Beatles song by the same name) have called me Penny Lane to my face. One time, I got put on the Kook’s guest list under the name “Penny Lane.” It was the best day of my life, but that’s beside the point. 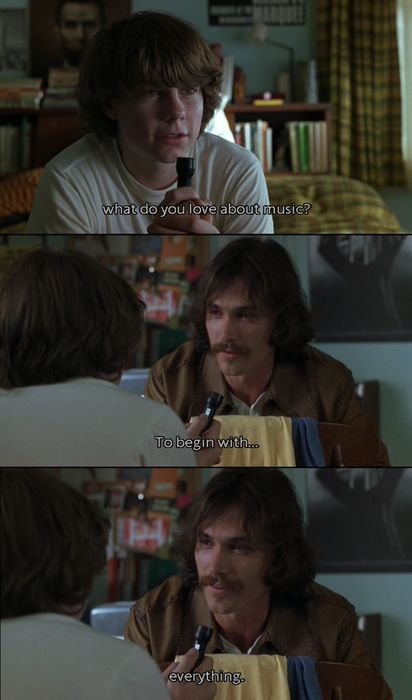 As Rolling Stone puts it (and that’s the real Rolling Stone, not the Rolling Stone that main character William Miller ends up writing for in the movie), “If you haven’t already sold your soul to rock & roll,  Almost Famous should seal the deal.” This movie brings together a lot of different types. You can be a music fanatic or a film snob that thinks Cameron Crowe is overrated and still love this movie.

This isn’t a movie about rock and roll, this is a movie about the eye-opening community of and feeling of being included in rock and roll. It’s a movie full of hope. William Miller, 15-year-old high school graduate turned undercover adult man/music journalist, is the spot of innocence in a world full of sex, drugs, and rock and roll. We watch his triumphs and downfalls as he learns the ropes of life following around up-and-coming band Stillwater across the states. Although never completely taken seriously, it is him in the end who, as the outsider, can see through the front put up by the band and by the woman he’s in love with, the ethereal Penny Lane. It was never Russell and Penny who were meant to save each other, it was William who was meant to save the both of them. Not only does this movie showcase a brilliant soundtrack that eases the viewer into the era, but it also captures the feeling of first falling in love with music. If you haven’t experienced the thrill already, Almost Famous sure will do it for you.

View all posts by Sophie Pecilunas